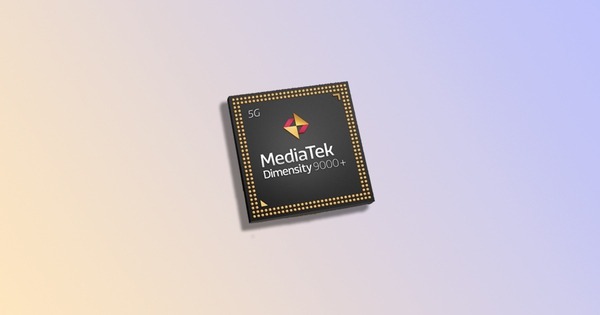 MediaTek recently introduced a new processor called Dimensity 9000. This is a slightly upgraded version of Dimensity 9000 with a higher clock speed, built with the 4nm process, and will be equipped on upcoming flagship lines.

As mentioned, the Dimensity 9000 has a high-performance Cortex-X2 core clock upgraded from 3GHz to 3.2GHz. The remaining seven cores keep the same clock speed compared to Dimensity 9000. This is also the main upgrade of the new generation of flagship chips from MediaTek, the remaining parameters such as screen support, AI, memory, and processing ability. Image management and connectivity are unchanged.

MediaTek also confirmed that smartphones equipped with Dimensity 9000 will soon be launched in the third quarter of this year. Currently, most smartphone brands from China have launched two flagship versions equipped with both high-end Dimensity and Snapdragon chips. In Vietnam, the newly launched Vivo X80 series also includes two versions: the standard version using the Dimensity 9000 chip and the Pro version using the Snapdragon 8 Gen 1 chip. The price of these two versions is also quite different, up to $400.